Present your Printed or E-mail Voucher

Free cancellation up to 48 hours before the pickup date

The Daily Tour course near Seoul & Seoul that I would like to recommend to Ami who visited Korea!

It is a tourist spot where Korean history and culture are breathing.

Everywhere you turn your eyes, you can feel the tracks of BTS!

Here's the perfect Daily Tour course near Seoul and Seoul prepared for Amy's trip to Korea! 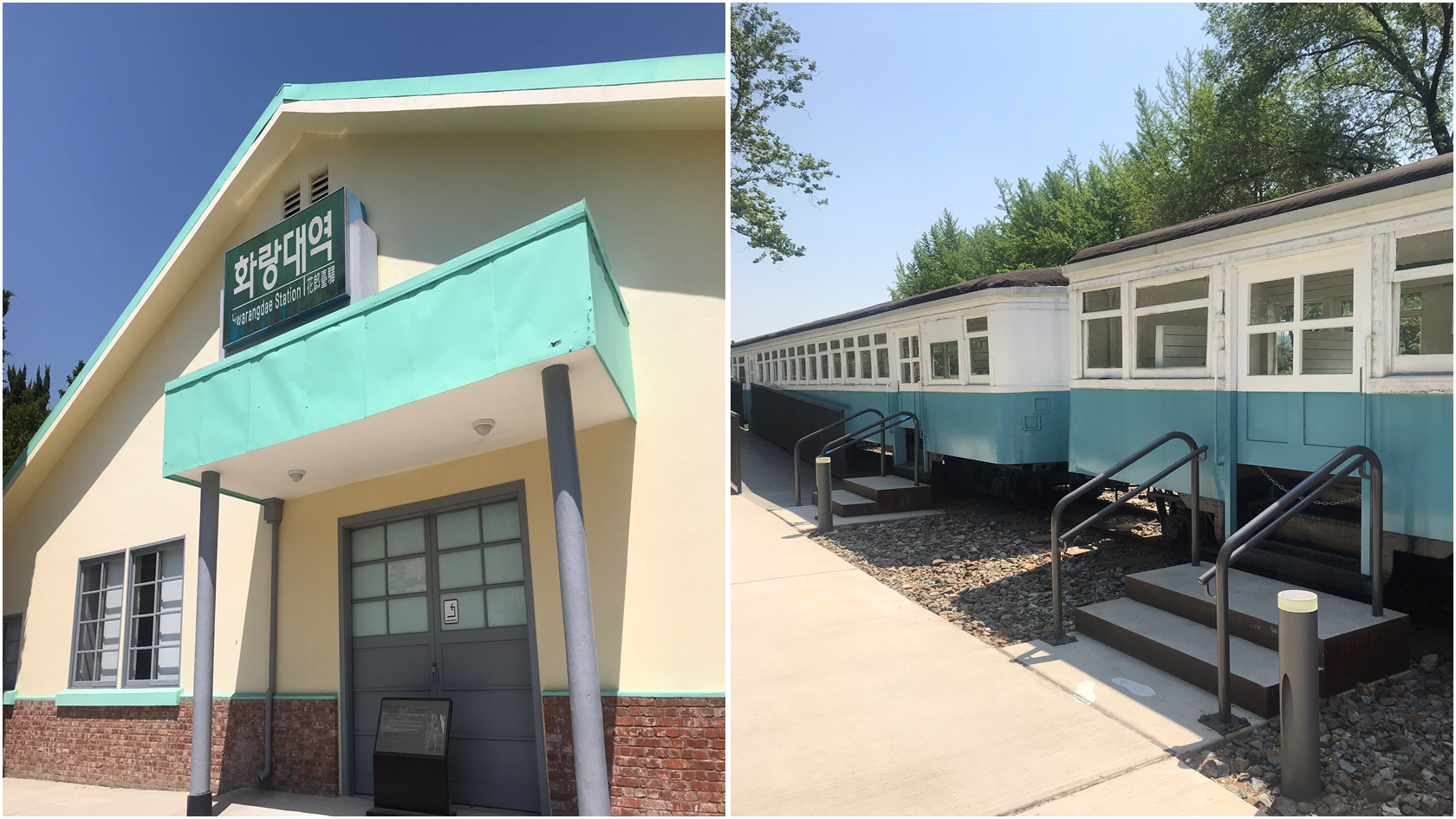 Of all the travel photos RM posted on Twitter, I'm sure you all know the ones taken next to the train!

Is this the set? Is there a museum somewhere?

It is Hwarangdae Station, the last simple stop in Seoul, our first destination.

The small number of passengers means a small station running without a station.

It's a railroad museum where you can look at the history of railways.

Imagine RM posing next to a canyon train.

Let's go and look at the history of railways. 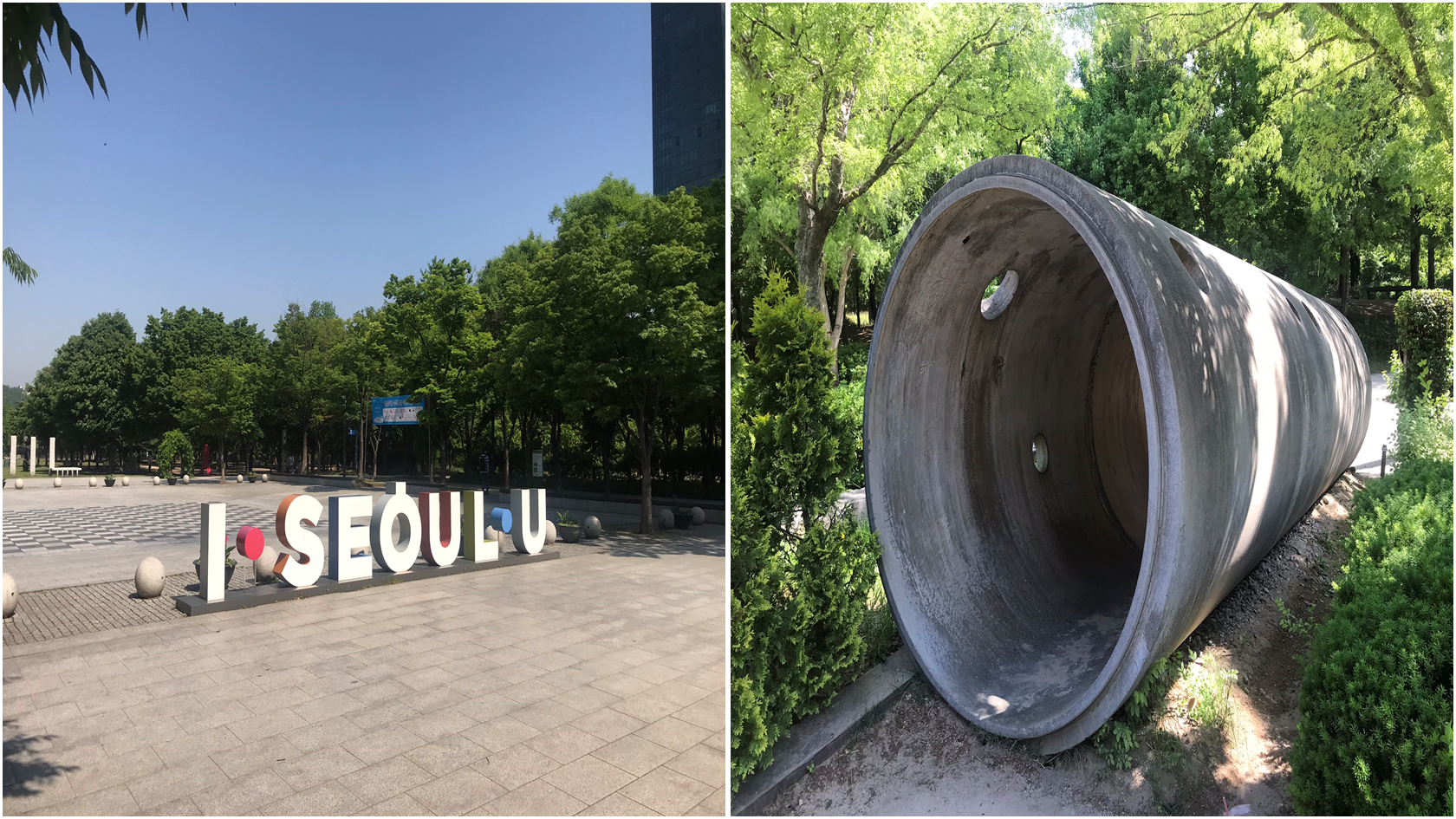 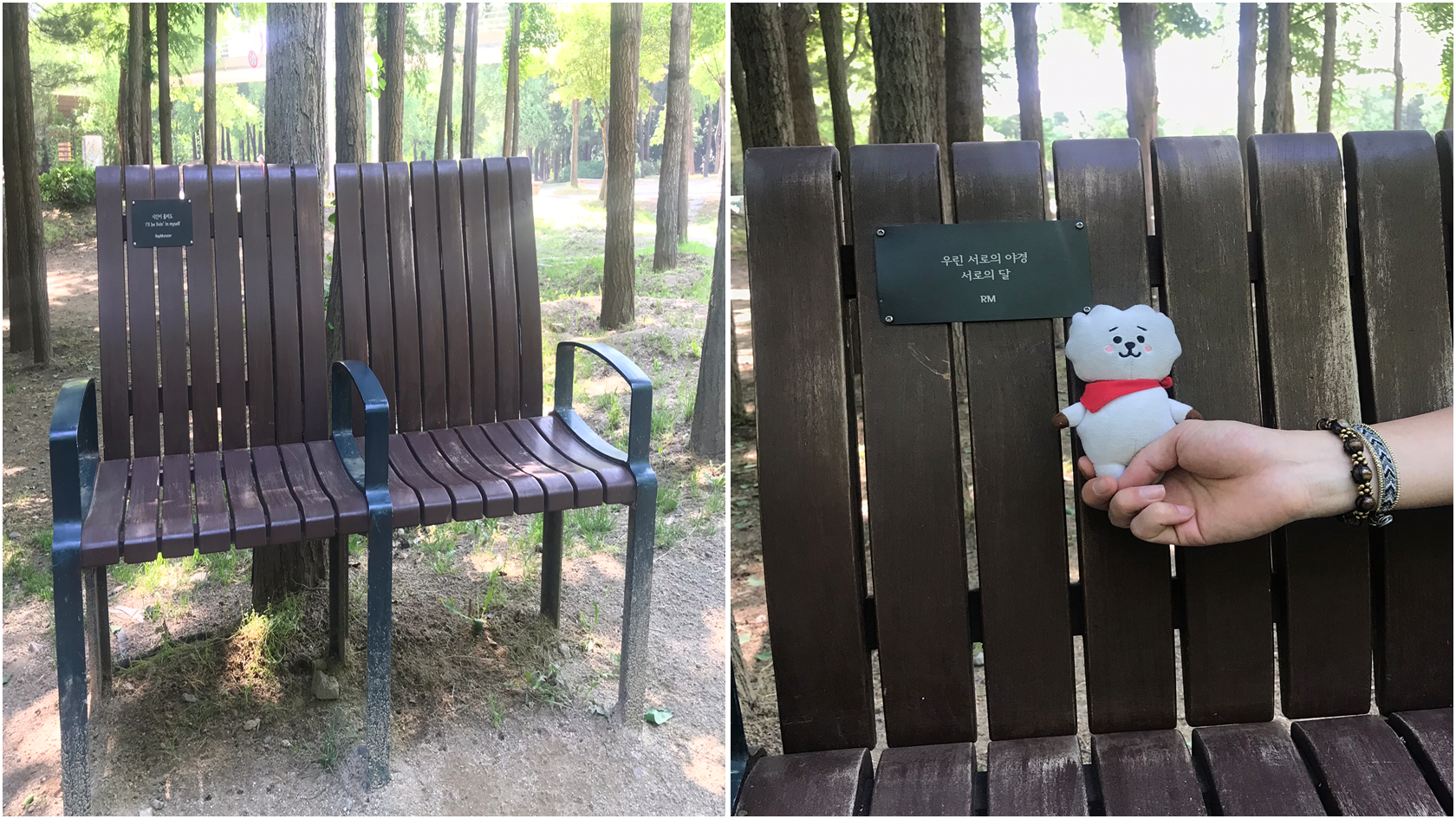 On the trail of Seoul Forest, is ther a bench with the lyrics of RM's <Rapmonster>?

Since then, the trees have been planted by the citizens themselves.

Currently, Seoulites use the Seoul Forest when they want to finish work or take a rest during the weekend.

Feel the mood of RM in Seoul Forest, which is always introduced in Top 10 as a date course in Seoul.

BTS RM said, 'My friends lie with me on the green lawn of Olympic Park.

Thank you for your love to see the sky.'

Sometimes our lives are lonely like the tree of Olympic Park,

Just like Olympic Park, which gives people some time to relax in the busy city center.

Imagine someone who will be a Magic Shop for us when I want to disappear forever on a day I don't want to be. 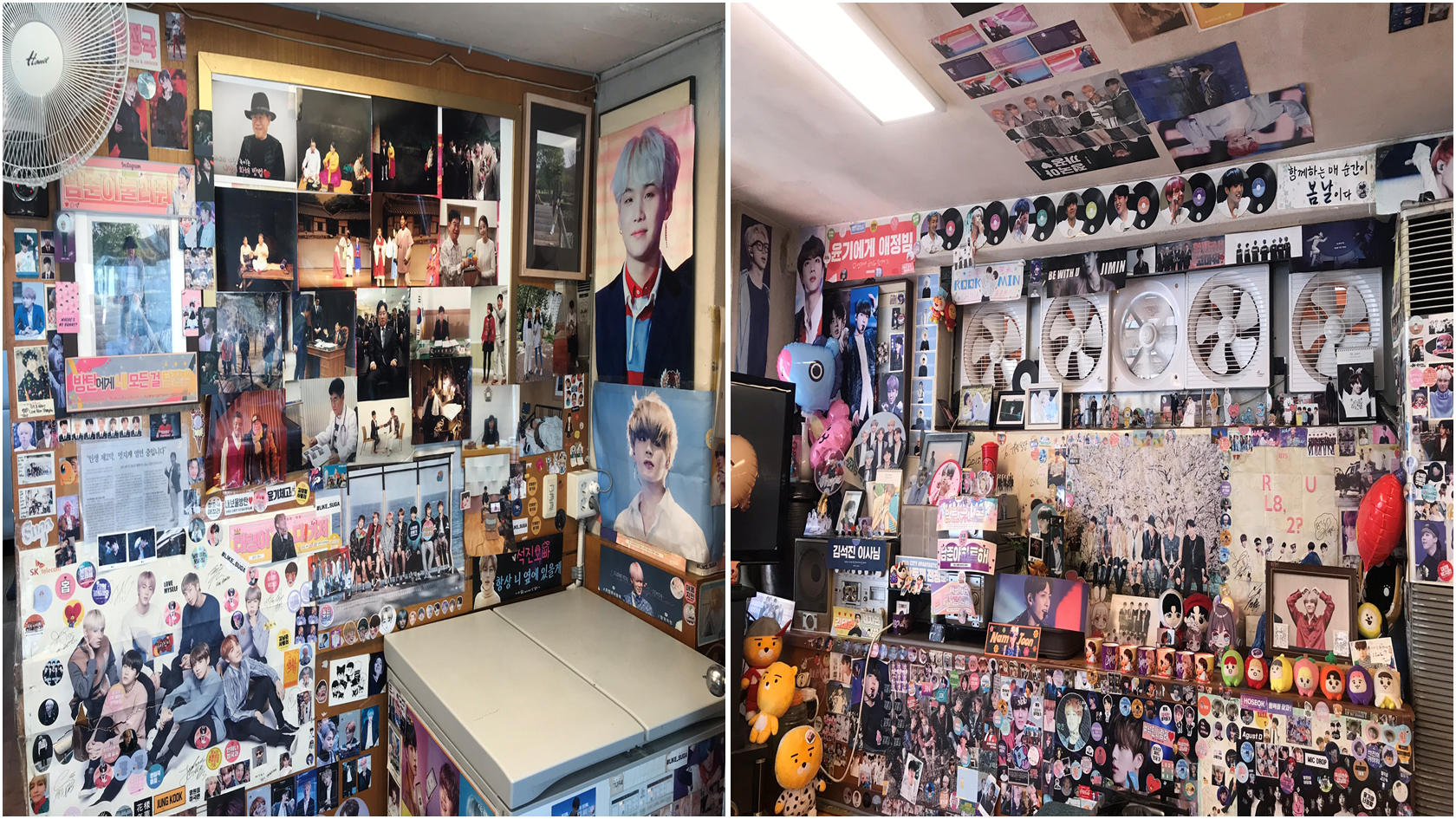 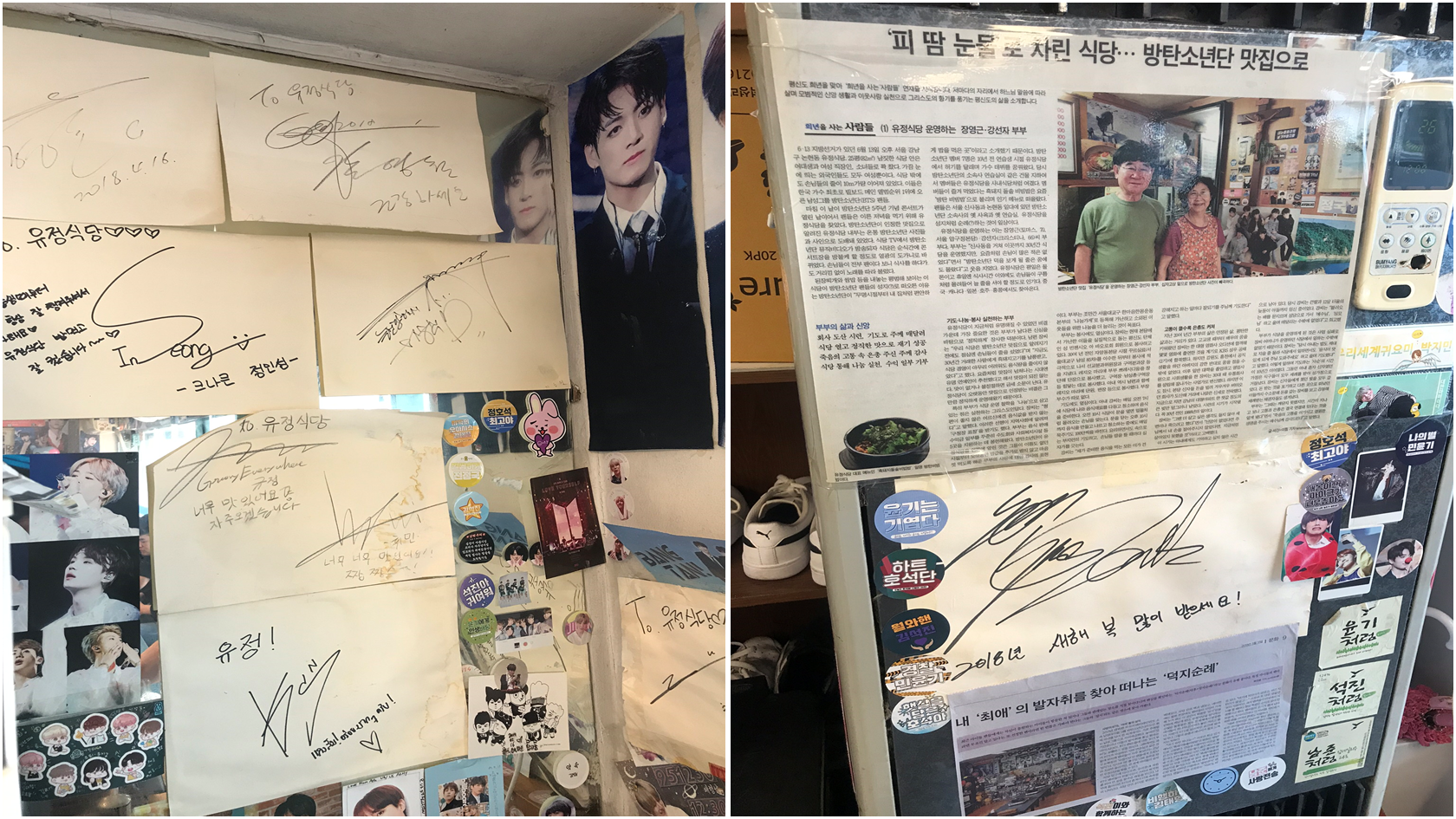 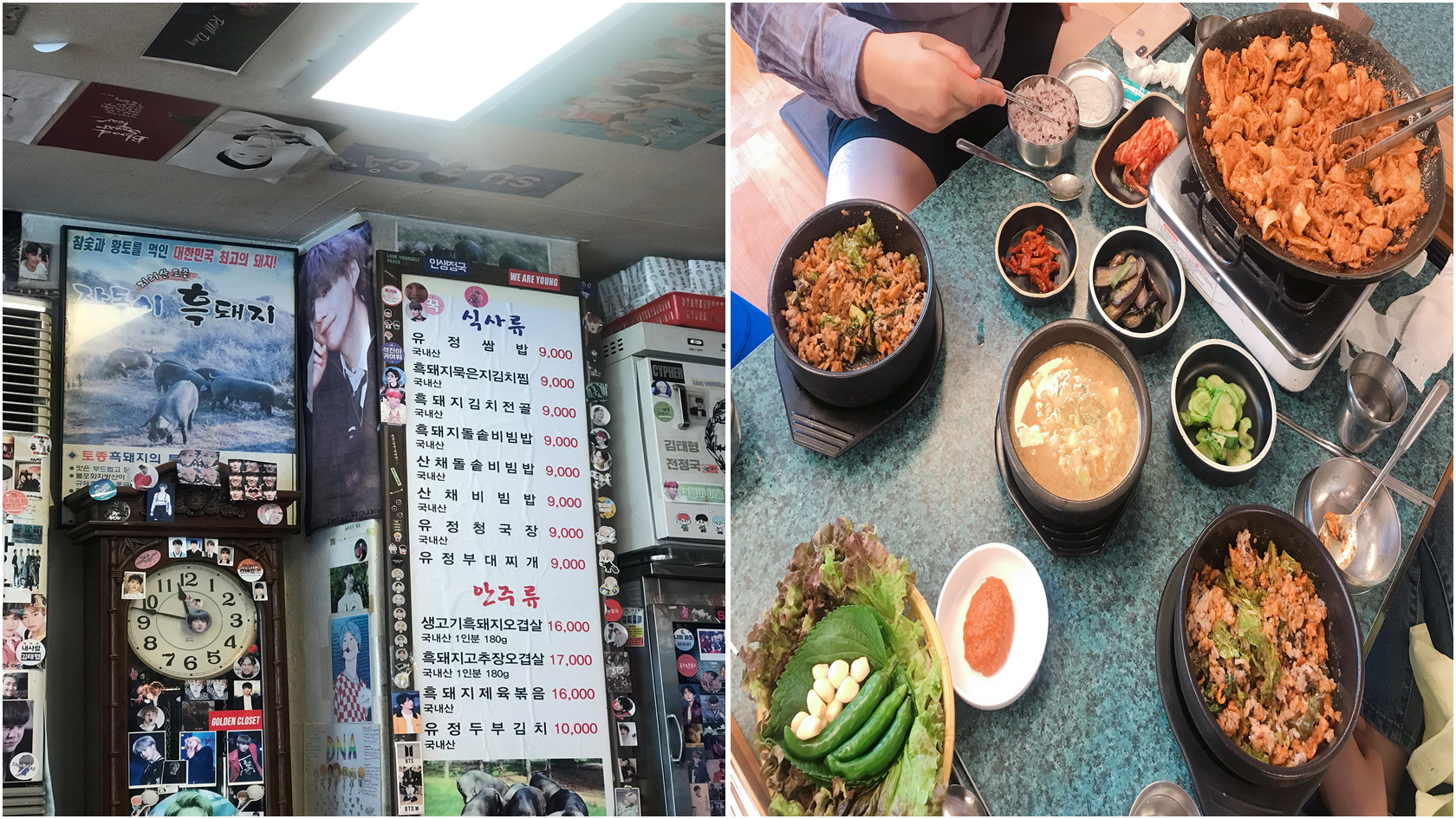 The downstairs of the Yujeong Restaurant was a practice room of BTS as trainees.

Their blood, sweat, and tear is cherished in a restaurant.

In here, You can try BTS set which BTS enjoyed. 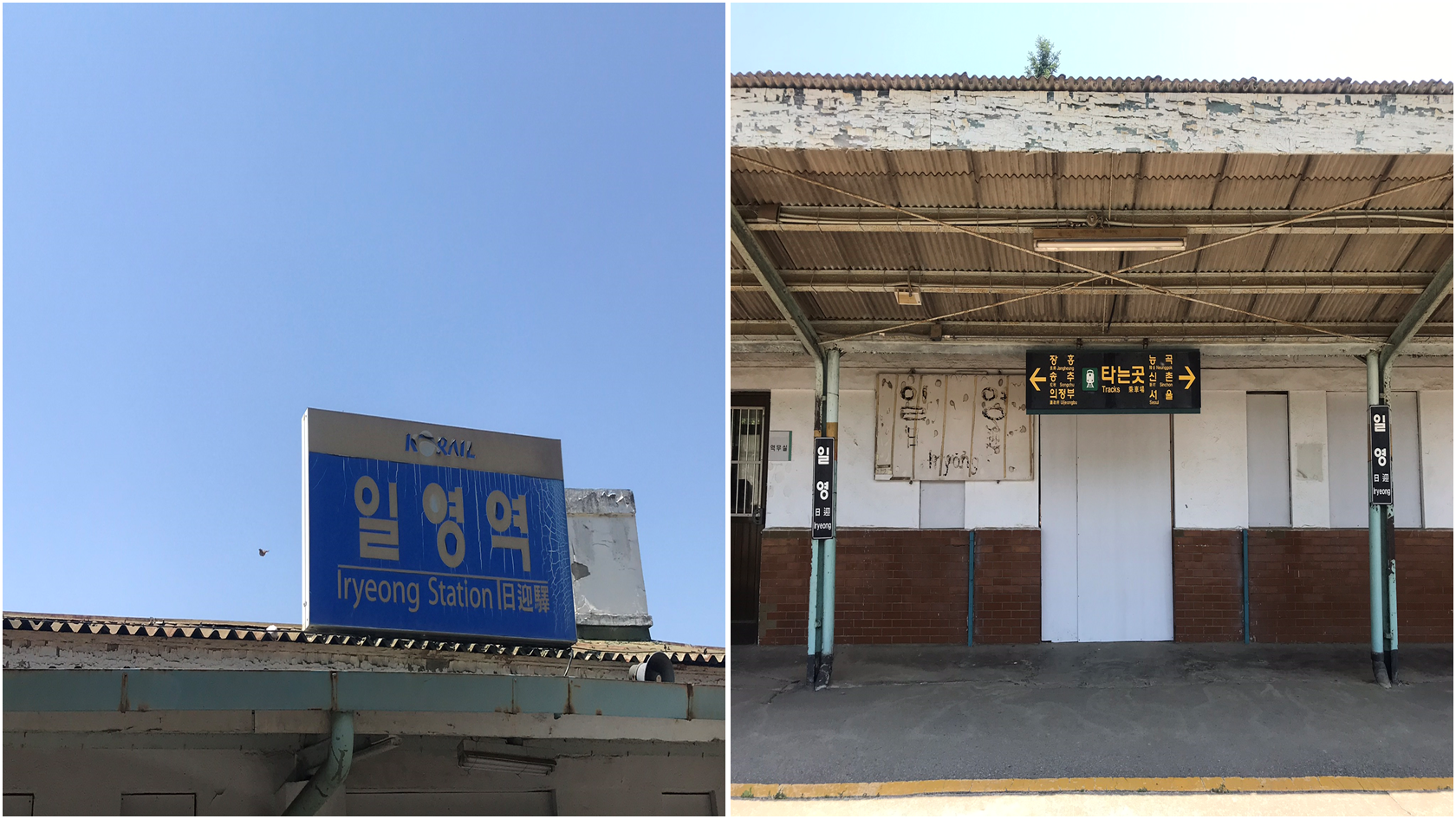 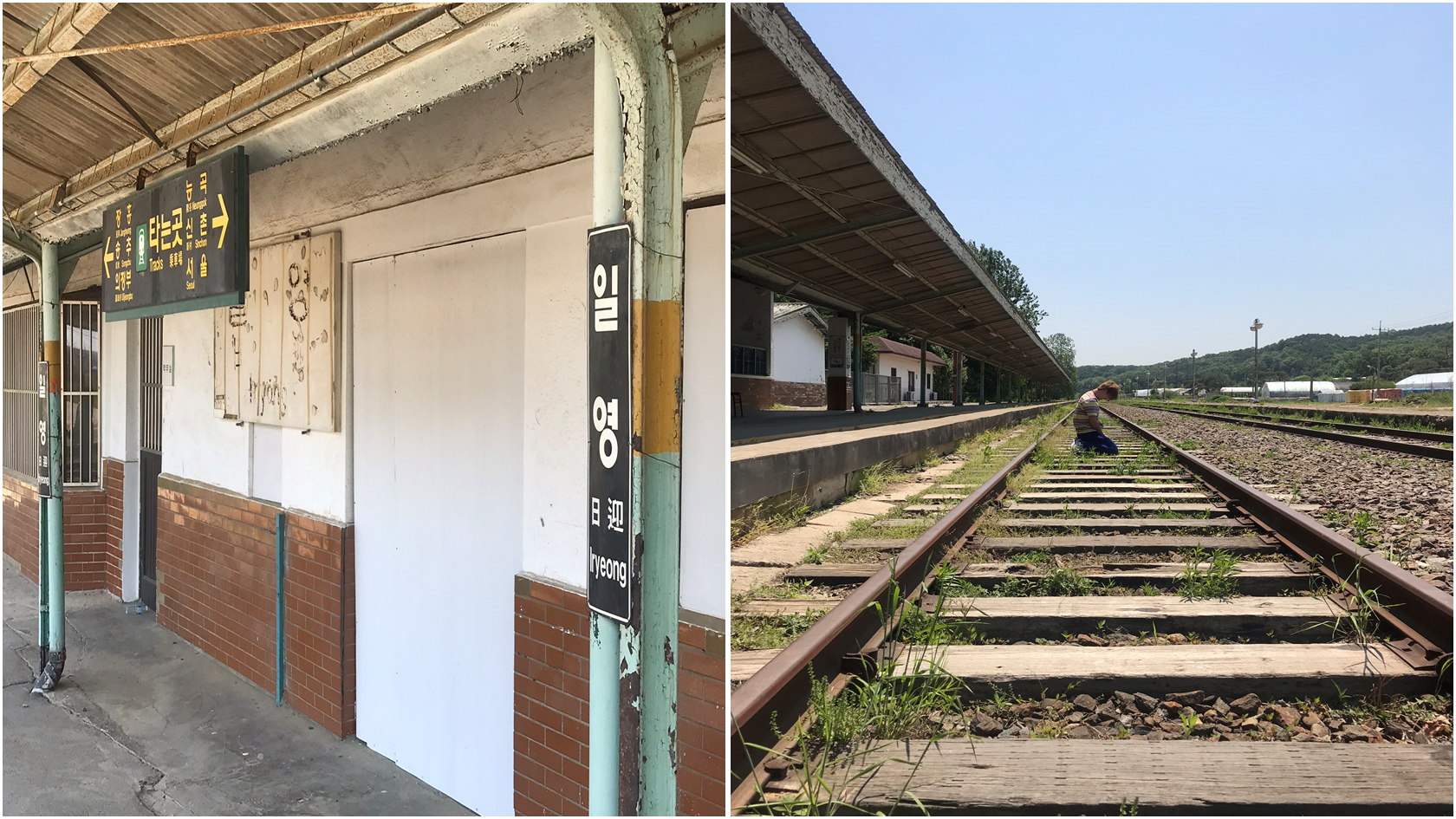 The music video for 'Spring Day' shot in a train concept.

In the beginning of the music video, there is a scene where V listens to the sound of the tracks.

That's where the scene was filmed. Iryoung Station!

Thanks to the numerous ARMY, it is regaining vitality again.

Let's also go to Iryoung Station and listen to the sound of 'spring days' coming from far away!

Do you remember the Twitter picture that RM posted with the word "Don't go to fall"?

The picture was taken at the Poet's Hill in Yundongju Literature Center.

Japanese occupation as the pain and independence of the Joseon Dynasty poetry.

and are calling out their beliefs to the world, including LOVE YOURSELF, I will live in' myself.

It is similar to Yun Dong-ju, a poet who called out to the world the reality of colonial Joseon and anti-Japanese sentiment.

Find out what the two look like and visit the Yun Dong-joo Literature Center.

With a beautiful octagonal pavilion at night and pretty during the day.

The Bukak Skyway says the night view is so great!

RM also went to Bukak Skyway where my hobbies are going to art galleries, daily look, and traveling in Korea.

Running the North Axe, the last leg of our journey.

-  If you want to feel BTS' footsteps, join us!

- Check your pick-up location and book near your hotel!

- Our place is not Ami but a tourist destination that many Koreans visit!

- Take a picture like RM next to a narrow track

- Take a picture on a bench with RM's lyrics on it.

- Take a photo of friendship with a friend under a tree by Naholo.

- Holding a and a black pig dolsot bibimbap.

- In Holding a wall full of signs of members.

- To leave the back like a poet of the rm

Hotel pick up / drop off

- Please inform us if you will be bring along a baby stroller or wheelchair
- Infant is free of charge, no seat available

Your rating for this listing :
Please Login

Please present your e-voucher for admission